Companies utilizing CyberSponse’s platform now have a better control of their cyber security domain. Analysts are able to solve incidents in less time and also catch them from breaking out into bigger problems through the platform. As a result, major breaches became less frequent, and companies are saving money as well as saving face.
Awards & Press
CyberSponse has received many rewards and nominations for its innovation in the cybersecurity world. One of the honor was being awarded as the winner of the Top 20 Innovative Cyber Security Solution Providers in 2019.

In addition, CyberSponse was later acquired by Fortinet in late 2019.
The Tool
CyberSponse designed and developed SOAR (Security Orchestration Automated Response), an automated incident response platform that equipped the user with the right tools and contextual data to diagnose incoming cyber security threats faster.
Addressing the Elephant in the Room
Major businesses left and right were being breached and hacked. As an analyst, you’re tasked to deal with hundreds if not thousands of micro events that happen across your network whether they come from internal or external sources. As a result, one tiny event can squeeze in between the crack of human error and launch a breach attack that eventually cost the company millions.
‍
Companies were quick to come up with their own solutions by tacking on countless tools that analysts had to to keep track of everyday. After seeing these companies add more complexity to their process, CyberSponse was founded and began its journey to create a solution to help these analysts and companies have the upper hand against cybersecurity breaches. 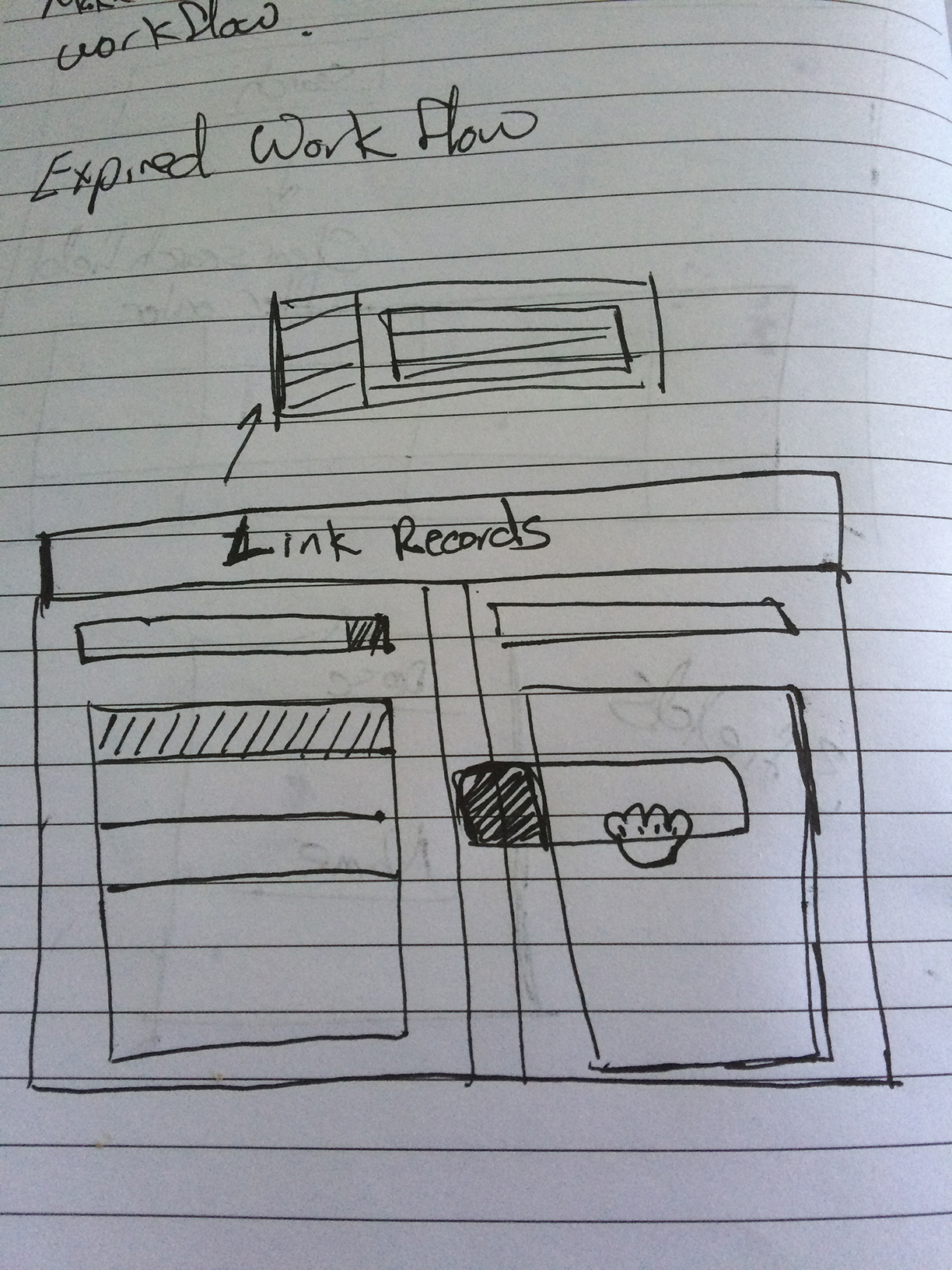 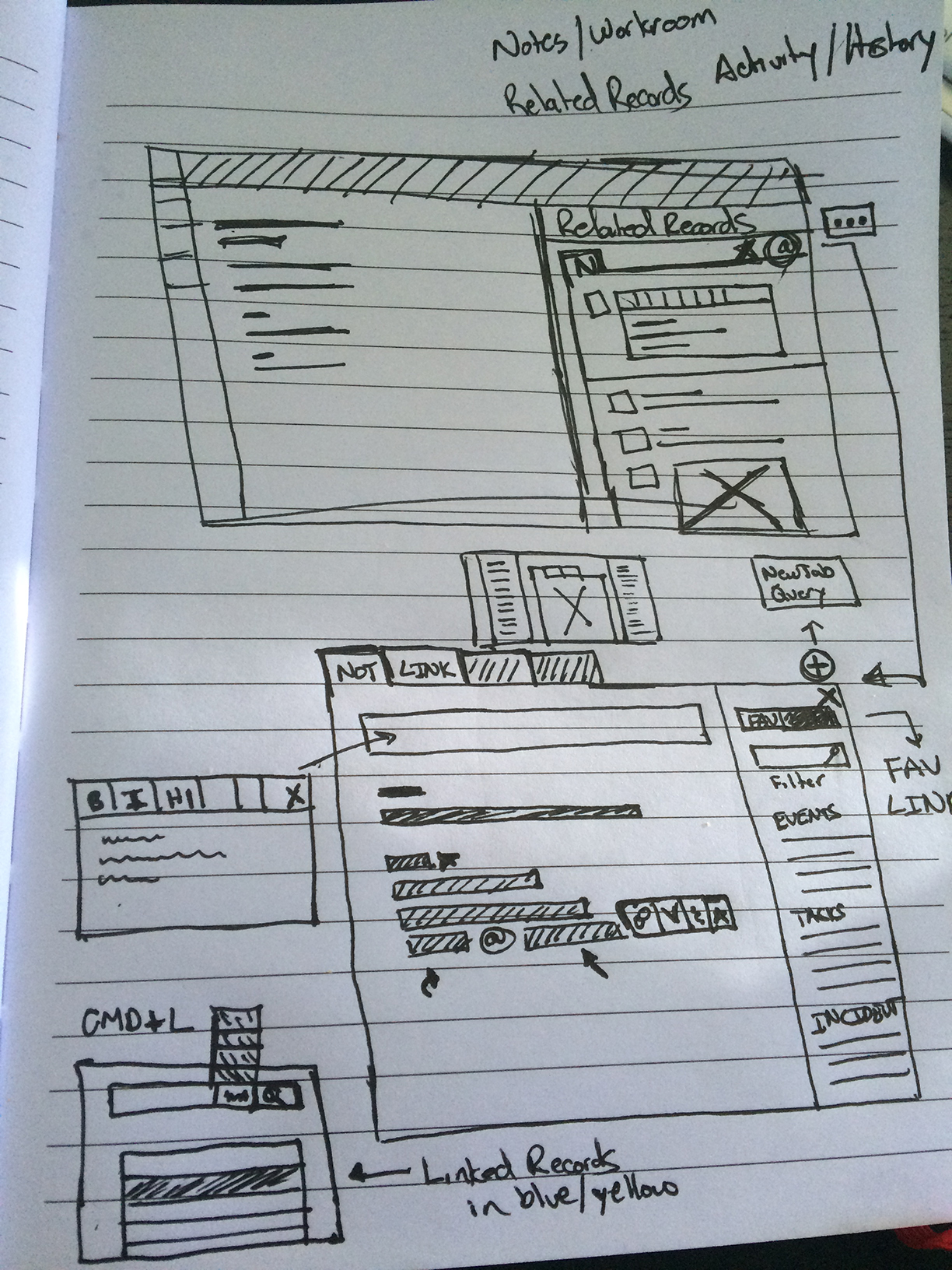 Being Quick to Market
Over the course of my employment, I helped the CyberSponse team as a UI / UX designer. In the beginning, the team’s process was very simple and our goal was even simpler: Get Investors. In the early stages of the startup, my main role as a UI Designer was to lay the design and aesthetics so that they closely match the UX Designer’s wireframes. The process we had laid out at first was targeted more towards helping stakeholders.
‍
This process held up pretty well for the company, as it did in fact helped the stakeholders explain to investors what was being built, why it was being built, and how it would help an incident response team.  However, over time, the team realized this would easily fall apart in the real world.

Getting the Design Team More Involved
We hit our first roadblock of our platform when we onboarded our first “alpha” client. This client had a lot of great user feedback for the platform, and it was great to sit down with an actual analyst and observe what they did day-to-day. Prior to this, all of my knowledge about incident response has been second hand information or from books. This client became a major factor in spearheading a lot of design changes not only in the platform itself but also changes within our design process itself. I was the only designer at the time in CyberSponse, and as a result, I inherited the UX hat. Not being experienced in UX design at all, I went in head first to challenge myself in this new field and role.

After researching and studying further, I learned a variety of processes that I wanted to inject into our design timeline. Methodologies such as user testing, rapid prototyping, and lean UX were the primary strategies I wanted to adapt for the product cycle. Because we already had a platform built, it was going to be tough to completely scrap features or build new ones. Time was a big motivator in a lot of design choices as other startups and companies were beginning to create their own incident response platform. In the end, with some back and forth, I was able to implement a new design process for the team which consisted of:
Our team went from a stakeholder-centric flow to a more user-centric flow that focused a lot of efforts on getting the experience right. We couldn’t afford extensive user testing and observation, and so we opted for the assumption-based model that allowed us to rapidly prototype interactions with post-it notes, index cards, or other prototyping tools. The team not only tested these prototypes and interactions with actual users that would use the platform, but we also tested them with non-users to partake in our sessions. We concluded that if a normal person can go through and recall the interaction easily, then a highly trained user of the platform would be able to function through it just as easy and more powerful. 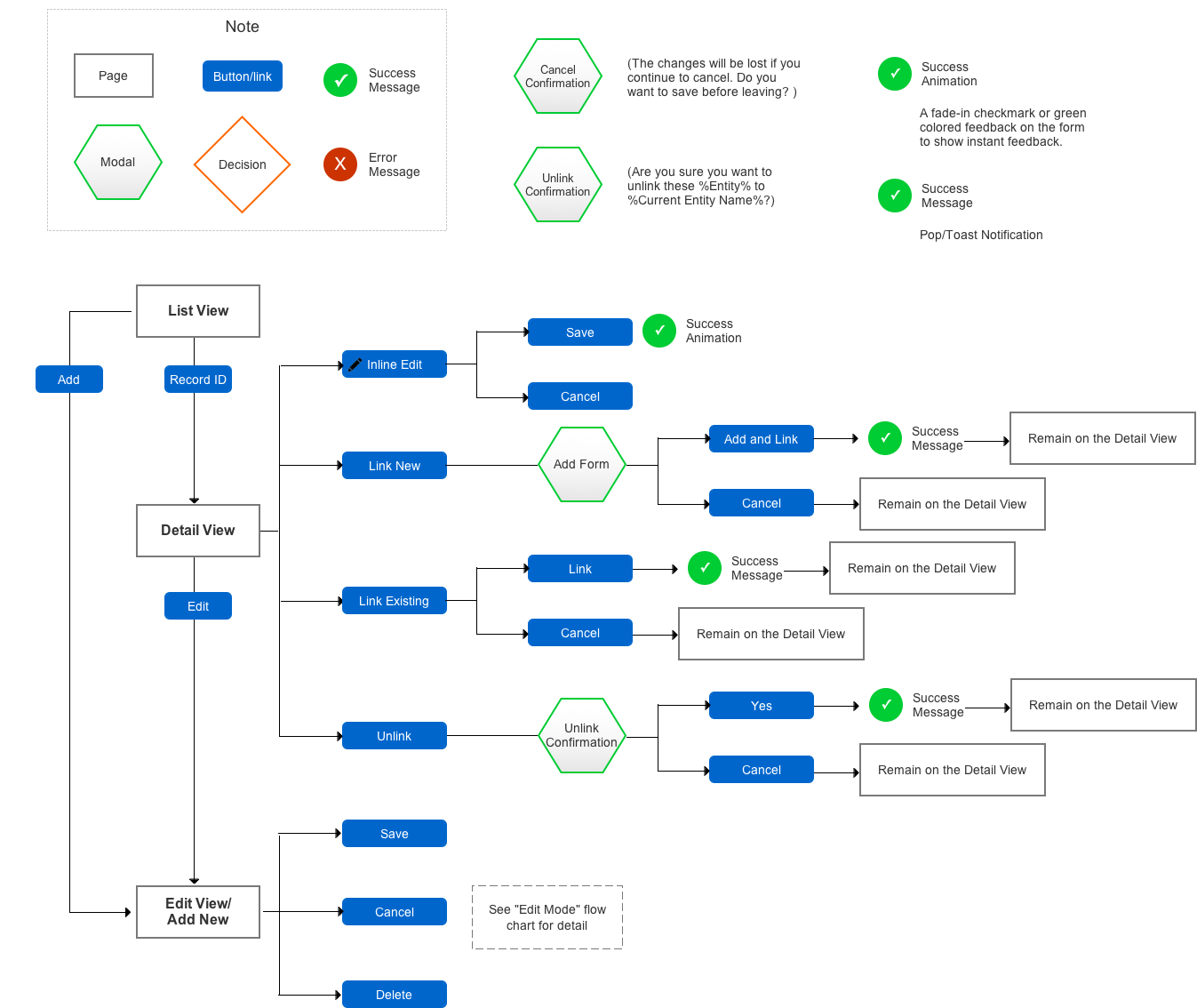 The Rollout
Throughout the course of the app's life, a lot of decisions and changes have been made both aesthetically and functionally. The design team rolled out not only a process that works to appease both the stakeholders and customers of the platform, but also established well tested interaction patterns that are still used today, and a style guide that helped developers and future designers during the hand-off phases. Although I left the company on good terms during my 5th year, I stayed around as a consultant to help with further user experiences and design problems. 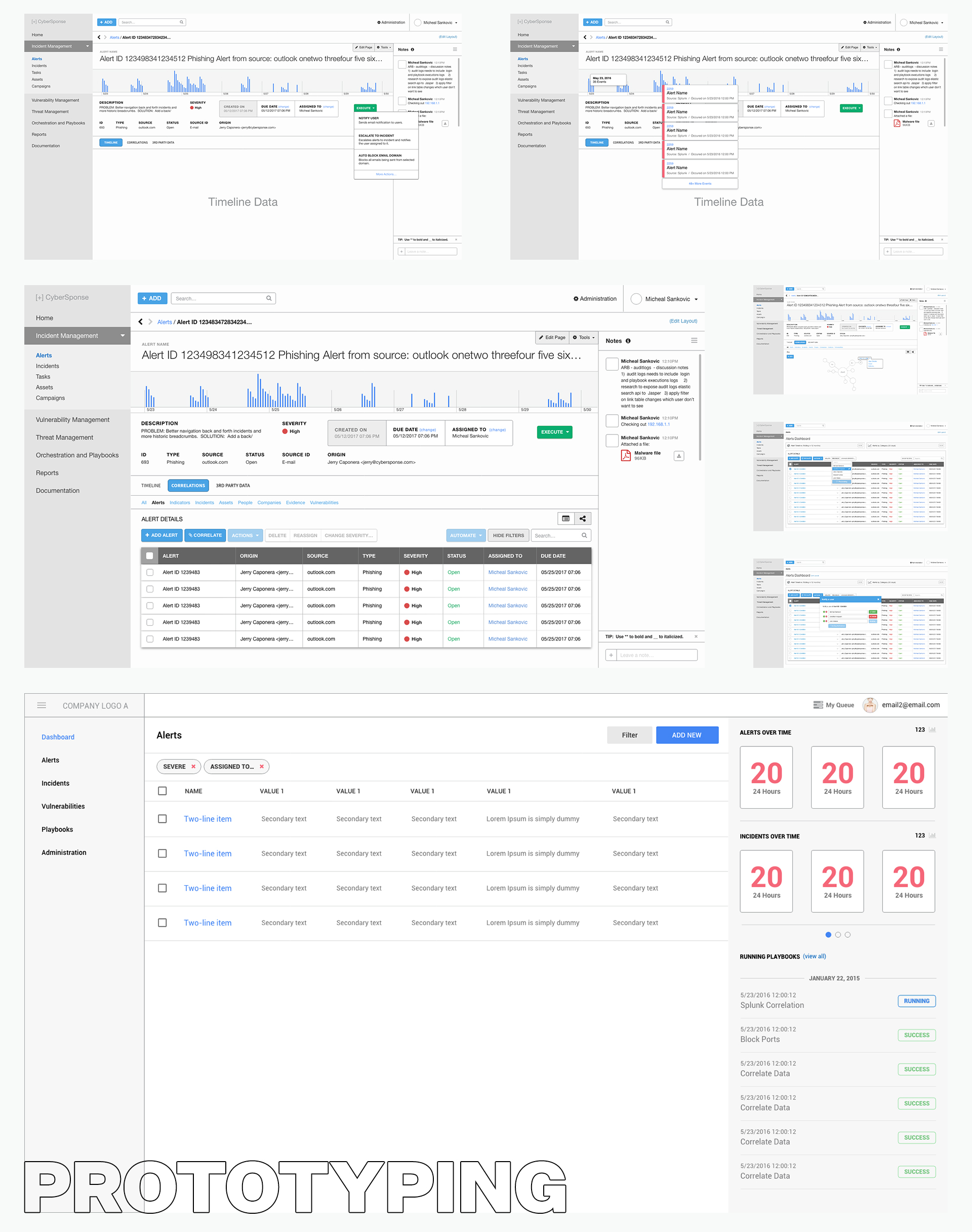 Celebrating Our Wins and Learnings
The platform was a hit in many companies. CyberSponse won many deals and contracts over similar competitors and even landed a government contract with the US Army. Not only did our team created a platform that helped analysts reduce the time needed to respond to incidents, but we saved companies from spending tons of money on additional resources and potentially saving them from a costly breach. To further celebrate, the value built into the platform by the whole team helped put the startup on the path of creation to acquisition by Fortinet in late 2019.

I've learned a lot during this startup and it became a great foundation for my knowledge as both a UX and UI Designer. In this complex field of cyber security, there's a lot to take into account when deciding what makes a great user experience. Since companies lose money when their services are down from a breach, it's important to think of the necessary information a user needs to get to the finish the line whether that be including contextual information for their task or cutting out information that can be distractive.
Designer's Note
Due to the nature of this project, finalized product screens and data are not shown. In addition, after acquisition, product features and flow may be different from what is presented. 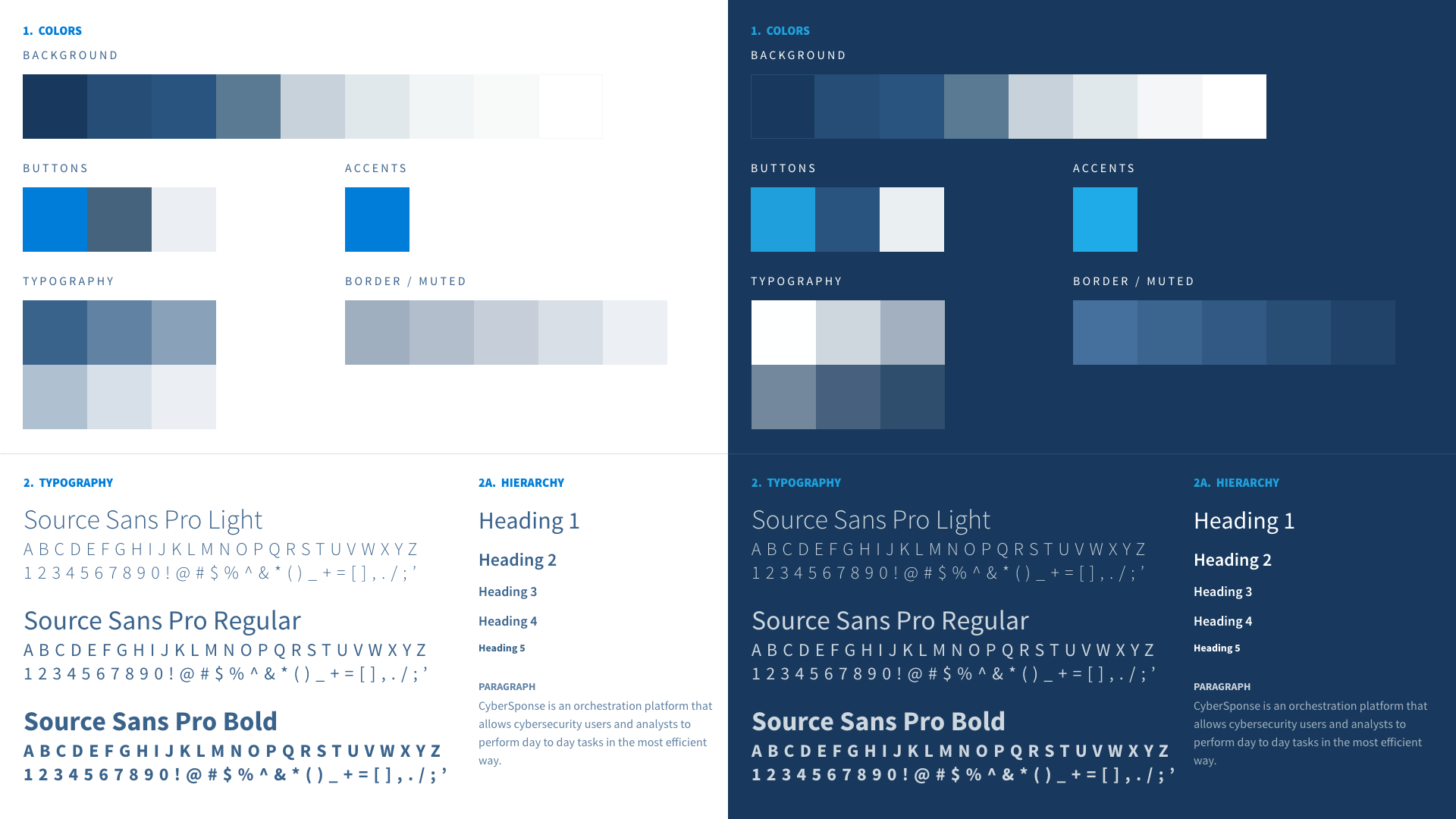 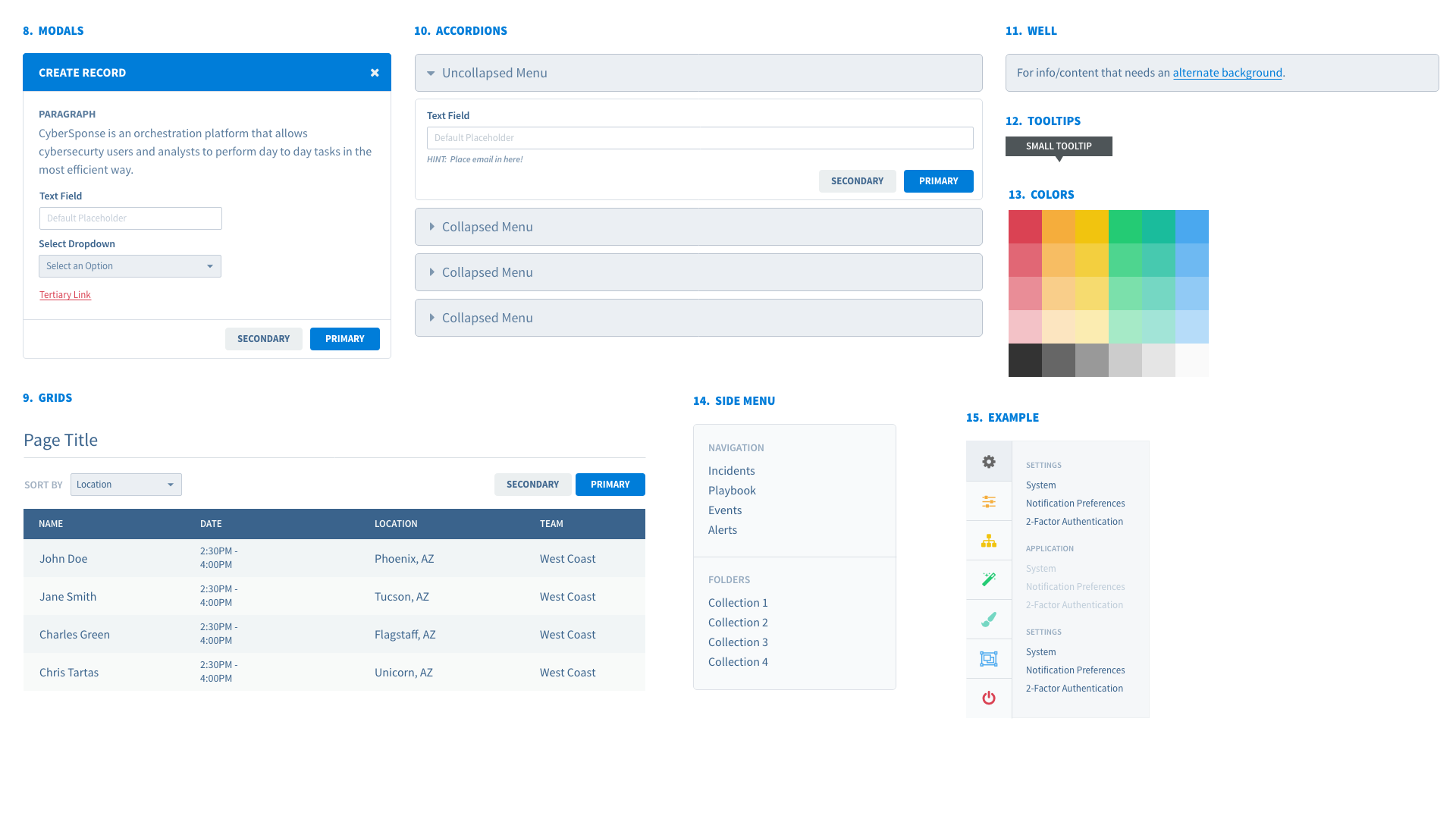 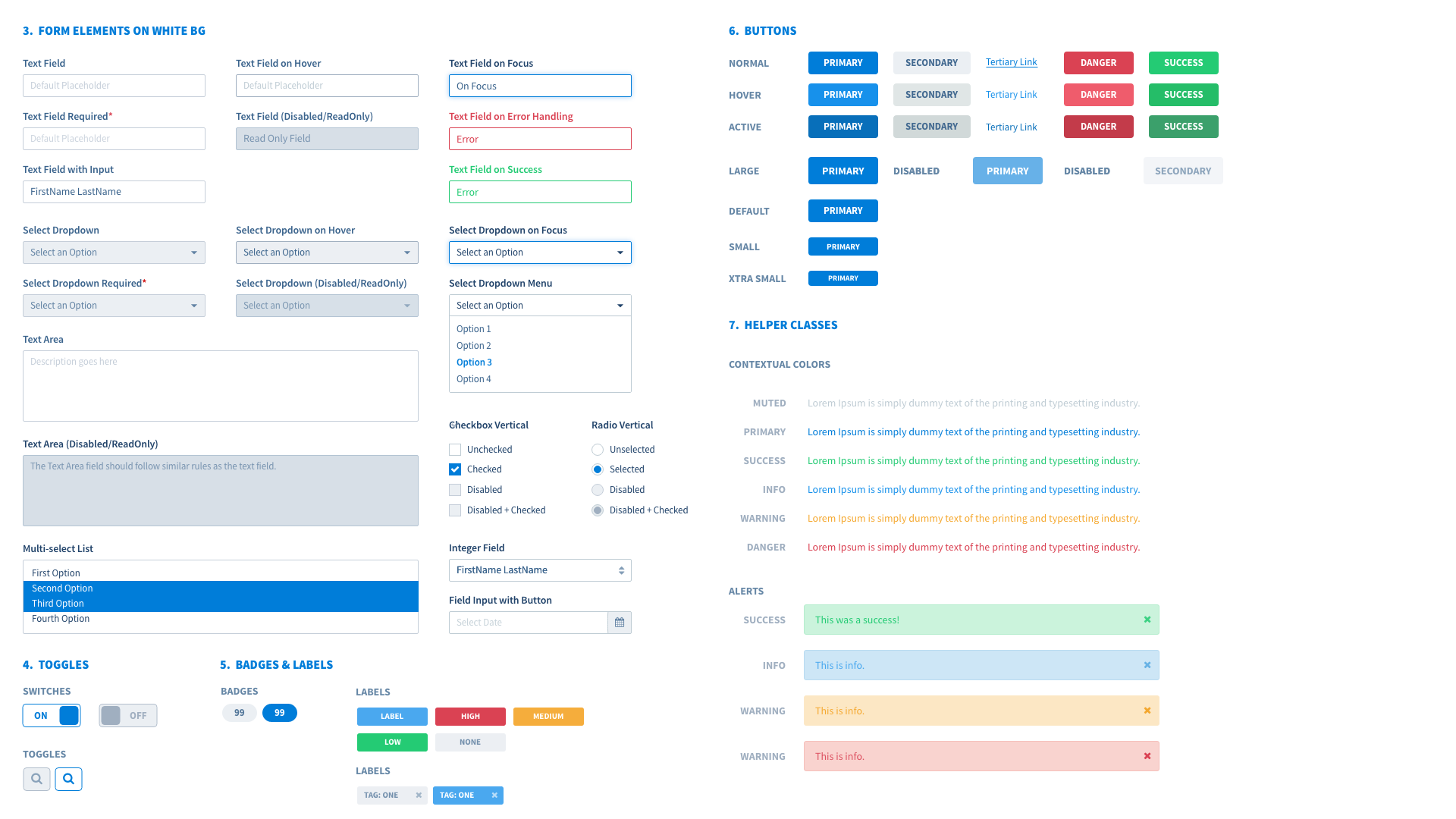