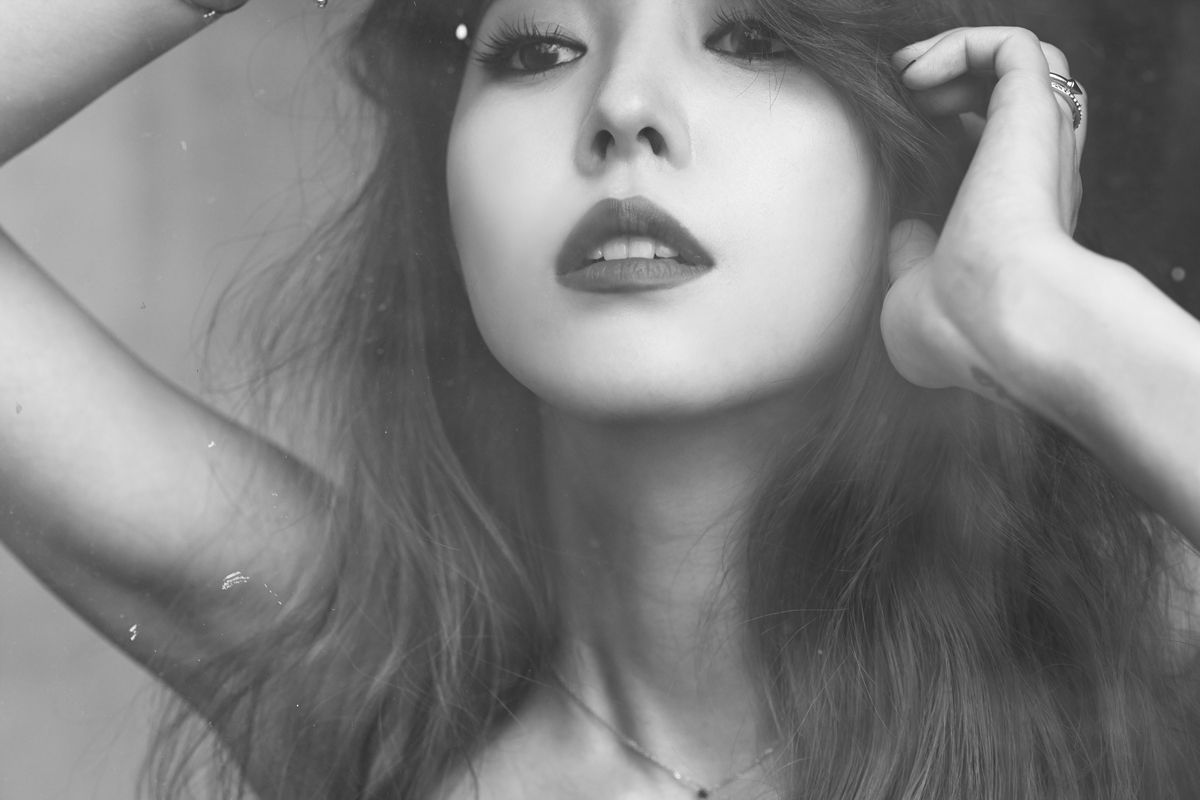 How I became a designer? Pt.2

On today’s episode, we’re taking a trip down memory lane to talk about how I even got into Kpop, some of my adventures with it, and how it influenced both my personal and professional life.
PUBLISHED
DURATION

So the story of how I actually got into Kpop is a bit uncertain and foggy. I don’t know the exact years, but I know it all started when my family and neighbors went to Vietnam during my childhood years. I remember we got stuck on layover in one of the airports in China (probably could be Hong Kong), but I do recall the airport being pretty huge (at least from a kid’s perspective). That layover was long enough that my brother and I had the opportunity to just browse a shop that was nearby. Pretty sure our parents gave us money to buy what not there, and lo and behold, my brother bought some CDs and from what I can remember, one of them happens to be BoA Kwon’s No. 1 album along with other C-pop albums. The funniest part, is I don’t think I even listened to those CDs on the trip because I didn’t even have a CD player.

So fast forward to my next memory recall, I slightly remember getting into Japanese pop (Jpop) because of a game called Thousand Arms. Long story short, it was an J-RPG game for the PlayStation that had a interesting dating mechanic, but the turn-based combat was actually pretty fun.  Nevertheless, there was a singer called Ayumi Hamasaki that sang the main theme song of the game, and it was on point. So on point, that we got more of her songs “in some way”. And for me, I think this is where my attraction for Asian music came to be. Combined this with introduction to music from DDR, animes like DBZ and Sailor Moon and such, and now I’m enjoying this genre, but noticed how I actually didn’t know much about Kpop.

I don’t know exactly when the turning point was when I converted to a full kpop fan, but during my high school days/college days was when I was heavily into forums and as I explained before, that’s where most of my photoshop life existed and where I learned the most. Making signatures and graphics for various kpop forums and using pictures of my favorite artists at the time.  And for those that knew me back then, my favorite artist at the time was BoA for the longest time (still is actually). Which by the way, congrats to her and her 20th year since debuting as an artist. She started at 13, and it’s amazing to see her still at it, and doing her thing. Every artist has their mix of good promotions and bad ones, but she’s proved to the world that with hard work and persistence, you can do great things. Her story is really impressive for those that are curious to read up on her wiki.

And yes....I would low key call myself a bit obsessive and addicted back then to kpop. Downloading music, downloading subbed videos, and purchasing merch. I definitely had no business buying 10 copies of a single album, but I was passionate about it. If there's one thing that this obsession helped me to overcome – it helped me to be more expressive and be myself, oddly enough. I eventually raffled off and gave away my kpop copies to others around, and I think that's where my sharing nature started to form. I enjoy spreading the happiness around me.

One of my biggest challenges

Enough of that sidetrack, where were we. Ah yes, the moment when I knew I was really into kpop, was when I decided to go to my first concert.  And this was my first concert of all time that I’d ever go to.  Quite coincidentally it was actually to see BoA herself at the Korean Music Festival in 2007 which was hosted at the Hollywood Bowl in Los Angeles, California. This was by far one of my crazier trips, because A) I was a college student, B) I had no transportation, C) I never been to California outside of going there when I was 2 years old. But I decided to take a risk and act upon it, because at that time it was all about seeing my favorite artist perform in real life. The measures I had to go through to get this to work was now that I think about it was impressive.

How did I afford it? Well, I didn’t have a job or anything, and so I was mainly working with what I got from stipends. I’m kind of ashamed that I did it that way, but I guess the key thing was everything was managed correctly.  I correctly measured my finances and made sure I had enough to pay for tickets, transportation, hotel, and still had the money to pay for rent, school suppliers, and the massive amounts of ramen noodles and kraft Mac and cheese boxes to survive for the month.

How did I get there? This was tricky. For a certain part of the time, I had an actual ride. I actually bought 2 tickets to the event to take my fellow classmate but that unfortunately fell apart. And so I had to initiate a backup plan, and the only one I could think of was a bus ride for some reason. Probably because of price. I was still grateful that my friend was able to take me to the bus station. I do remember the bus ride being horrible, but that’s besides the point.

Did I make it out alive? Now that I finally got there, I remember being lost. I walked in the wrong direction to my hotel and mind you I was sporting a Razr phone that had no GPS or data of any kind. I remember walking on Hollywood Blvd and it was turning more and more sketch and so I figured I was going to the wrong direction. I had to eventually go to a convenient store to look at a map to see where I was in relation to the hotel. Then I backtracked and finally got to the hotel. Fun fact for my friends that may be listening, this was the same hotel that we used to go to when I eventually tagged my friends to come with me after college.

To make this side story short, I got to the concert a-okay, got to enjoy watching BoA from super far seats that I’ll never buy again, and got home safely without any real repercussion. And this trip started a new tradition where I started attending these KMF concerts almost every year since then.

Fast forward to the present, still into kpop but not as much. I got to do design work for a lot of kpop-related projects. I've made ads, banners, printed materials for agencies, fan forums, and media outlets. And this is what helped shaped me to become a better designer. The whole kpop gig was a side hustle, and having this side hustle really taught me how to manage my time, and I think it lead me to becoming a slight workaholic or rather just a person that enjoys working on projects for fun. It gave me a purpose. Not to mention, it's so much easier to design for a topic that you enjoy yourself. When's the last time you were excited to make a poster that had an US Flag on it?

But in my design life, I've done a lot for the community...at least I think I have. Helping users on forums feel special about going to their favorite artists and creating designs or organizing things in a way to help them find what they need faster. Surprisingly all these skills are transferrable to today's design world, and I wouldn't have gotten the experience if it wasn't for being in this community. And also to get feedback about your designs and graphics from the fans themselves is something that a majority of small companies don't really do too often.

Meanwhile, during my kpop journey, I went to plenty of concerts, met a lot of my favorite stars, and witnessed them in real life. There's a huge difference between seeing what they do on YouTube versus what they do on stage. I went to fan meetings, hugged/high-fives some stars and that was all fun. But the real gem was the people I met that weren’t the artists. I got to make and meet a lot of friends online, and it even introduced me to some form of online dating and relationships, although at the time, I was a bit naive of how that world even worked so they didn't pan out as well. On the flip side, I lost touch with friends, and relationships failed, but I think there’s one thing that always stays around among the kpop community, and there’s that hidden secret bond that we still like our favorite artists. And from that bond, we still remember the memories and moments we’ve had together as a community. Some of these people, I still talk to this day or even meet up at a kpop concert once a year. Some of these people I used to know are off in their own world doing big things — graduating as doctors, lawyers, or running businesses of their own. Some are married, or had/having kids. And it's crazy to think that it felt like yesterday when we were staying up till midnight in Korea's time to await for a new release.

I don’t think this kpop fandom feeling ever dies out. It run dries at times, but at certain times it picks up. I just had a recent resurgence back into the kpop world. I’ve been listening to the music again, trying to memorize member names without using flash cards, watching music videos and live music shows, and variety tv shows. And in the end, it reminds me why I got into it in the first place. It’s entertaining, heart-warming, and just overall inspiring.

To end things on a good note, I want to  tribute this podcast to all my friends and family that I’ve made during my prime kpop era. I know some of you guys are either still into it, or fell out of it, but I think we all taught each other a lot about life more than we thought, and we should give credit where credit is due. For those that I’m still in connection with and for those I’m not in connection with, thank you for the memories and life lessons. 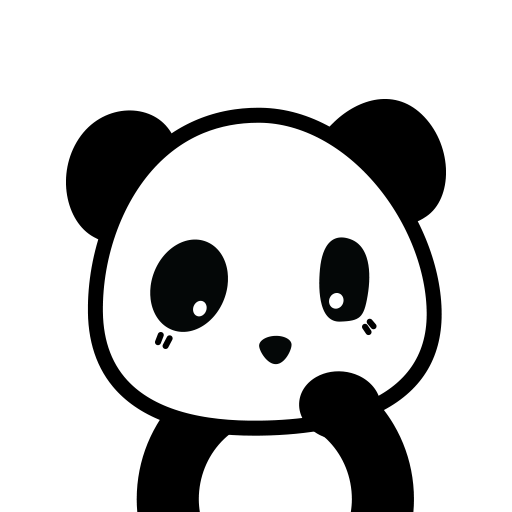 Dan is a designer, consultant, and an avid lifter based in Arizona. He currently works for a small private company doing product design and enjoys learning and sharing his experiences through blogging and podcasting.
Follow on Twitter
Follow on Instagram
Recommended
RPGs and Being Agile
Personal
February 9, 2022